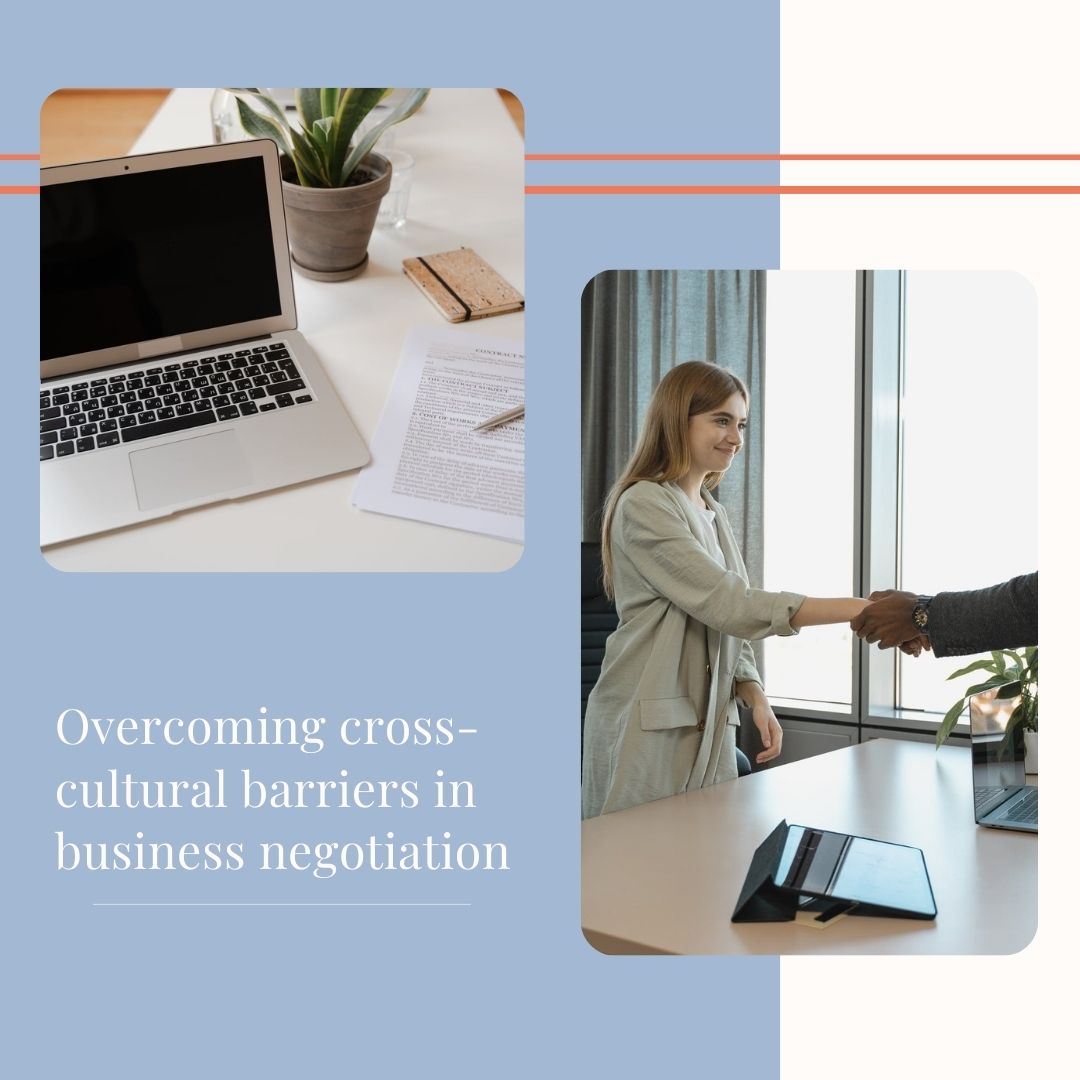 Interculturality could be a barrier in trade negotiations

In this world more and more gloablised, developing your intercultural negotiation skills is a must for all those who have to negotiate with people from other cultures: it could be your bosses, your colleagues, your partners, your foreign clients…

Defining the concept of negotiation

It is essential to know the main concepts of negotiation. Generally, when we refer to the action of negotiating, we understand that it is a frequent and important human activity where transcendental decisions are taken.

Negotiation is also seen as an action that attempts to obtain an exchange or agreement, even if the agreement is not reached. For two or more parties to be motivated to negotiate.  Then, negotiation occurs when the following three conditions are reunited :

These requirements allow us to understand that negotiation is about giving something in exchange for something. However, the concept of negotiation is often associated with conflict.

Cultural dimension in the commercial sphere

In companies, it is usually the top management or managers who are in charge of intercultural negotiations. Corporate culture can be influenced by external factors specific to the area, region or country, as well as by internal culture.

According to UNESCO, culture is: “In its broadest sense, culture is regarded as the set of distinctive spiritual, material, intellectual and emotional features that characterise a society or social group. It includes, in addition to the arts and letters, ways of life, fundamental human rights, value systems, traditions and beliefs”.

This definition is also valid within companies. They have their own distinctive features, characteristics, values and principles. Thus, when two parties negotiate with each other, they bring with them a cultural baggage of their own values, principles, opinions and priorities. It is a cultural manifestation that occurs when two or more cultures interact until creating a new variant of culture, resulting from the absorption of concepts and mixtures belonging to both parties, where the unique values of each culture are shared, but without affecting their totality.

It is important to know about the social context of the culture of the interlocutor in question, as this can influence negotiation and decision-making styles. Knowing the negotiation style of the other party is a real challenge, as these are traits and attributes which are unique to the other party and can be perceived as good or bad in the negotiation process. In order to get to know the other party in the negotiation, theorist Russell Lincoln Ackoff proposed a method to understand the quality of interactions between individuals in collective situations. It is based on the characteristics of introversion and extraversion. In extraversion, the internal stimuli come from the individual himself, while in extraversion they are generated by the environment where the individual interacts.

It expresses the degree to which a society accepts and finds normal that immediate leaders maintain a high hierarchical distance from subordinates. This compares the degree of acceptance (high distance) or rejection (low distance) of power inequalities.

The “individualism vs. collectivism” dimension

The “femininity vs. masculinity” dimension

The “Indulgence vs. severity” dimension

It measures the degree to which a society promotes the free satisfaction of basic human impulses related to happiness and pleasure.

Hosftede’s studies are very relevant. Indeed, in an intercultural negotiation, the negotiator who understands these 6 dimensions, understands the cultural preferences of his foreign interlocutors and is able to anticipate what will happen. He can adapt and manage the negotiation effectively. He saves time on unnecessary travel and meetings, reduces stress levels and improves results for the organisation and himself.